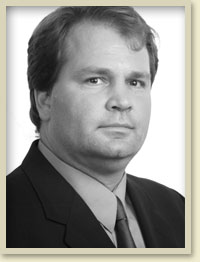 Congratulations to Chris Carlson, our Chief Structural Engineer,  who has been recently appointed to be a co-chair on a National International Concrete Repair Institute (ICRI) subcommittee. Chris will serve as co-chairman for Chapter 7 of the ICRI Committee 150, “Notes on ACI Code 562.” The American Concrete Institute (ACI) Code 562, will be the new Code for the Repair and Rehabilitation of Concrete Buildings, and is expected to be implemented within about two years.  This ACI Standard was formed when it was found that about half of new concrete repairs fail within a few years of installation.  The ICRI committee was formed in a joint effort with ACI to develop a code for concrete repair and notes to assist engineers, architects, contractors, owners, and material suppliers on how to understand and use the code requirements. Chapter 7 is entitled “Design of Structural Repairs” and includes the requirements for repairing damaged and deficient structural concrete. Chris and his co-chair will be leading a team of 27 committee members in developing an outline for an all-day seminar to teach other design professionals how to use and interpret ACI Code 562