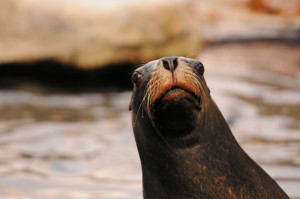 For many years the gold standard in pavement seal coats was coal-tar emulsion. It’s far more resistant to water than asphaltic products and virtually invulnerable to attack by petroleum-base automotive fluids. Superior performance notwithstanding, coal tar is now banned in many jurisdictions and will probably go the way of asbestos and lead paint. It’s been identified as a health risk and potential carcinogen in its uncured (volatile) state.

The most common alternatives to coal tar are polymer-modified asphaltic products, purported to be comparable to coal tar with respect to cost and performance. New formulations reach the market with regularity, but as with any new product, long-term performance is uncertain.

Another possible alternative to seal coating could be application of a pavement “rejuvenator”. Rejuvenators will not, as the term implies, counteract aging or restore pavement to new condition. These product typically penetrate to depths measured in fractions of an inch, but that’s enough to help reverse surface oxidation and the affected layer does present a barrier to water.

Similar to seal coats, their effectiveness is affected by pavement condition, but they are more forgiving with respect to weathering and surface wear. They also form a chemical bond with the asphalt constituents, whereas seal coats rely on surface adhesion.

Application costs tend to be higher for rejuvenators than for asphaltic seal coats, but not dramatically so. Rejuvenators will not repair distressed pavement, but they could be a viable alternative to conventional seal coating.