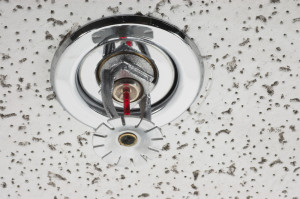 Broken sprinkler pipes can be a very serious problem. On a most recent project, cold weather caused over $1 million in damages from a single 6 inch pipe in the attic of a 4 story building. It caused major floor and ceiling damage to 3 residences and caused the ceiling in the lobby to collapse. The break was due to poorly insulated plastic sprinkler pipes in the attic.  Two recent breaks  had similar installation defects even though both were previously “fixed” (or so believed).

It’s a good idea to check the attic to make sure your pipes are insulated properly, but be aware…adding more insulation may NOT get the job done.