Preparing Your Home For A Hurricane 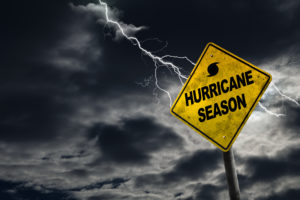 As Hurricane Dorian bears down on the Atlantic Coast, many are preparing for its arrival.  It seems like common sense to be sure that all exterior windows and doors to your house/building are closed.  In fact, studies have shown that open windows/doors increase the wind pressure acting on a building roof, beside letting in the rain to damage the building interior.  This led to the development of so-called Hurricane Windows.  These windows can resist the force of a flying 2×4 and other debris so that the wind and rain do not enter the house.

The Insurance Institute for Business and Home Safety just released a notice that their research has shown that you should close all the interior doors in your house as well.  This helps compartmentalize the wind pressure inside the house if an exterior window or door is breached during the storm and reduces the wind force on the roof by as much as 30%.  Check this link to learn more.

Have you considered coating performance options?

If you have decided to replace your deteriorated railings and/or windows with new, low-maintenance aluminum products, you may think selecting the coating color is the most difficult decision remaining. However, have you considered the coating performance of your new railings and windows?

Specifying the coating performance largely depends on location, cost and exposure to the environment. Although having the superior-rated coating will provide the best  long-term performance, it will be substantially more expensive, especially with a large railing and/or window replacement project. Unless the coatings are subjected to harsh environments (such as sunny coastal regions), the lower-grade coatings may meet your project needs.

To determine what coating performance option may be best suited for your project,  members of our Architectural and Engineering staff are available to assist you.  Developing architectural renderings with color and coating options are invaluable before undertaking such an important project.

An all too common building problem involves the formation of condensation (water) on the interior surfaces of windows. This can be caused by a variety of factors including deficiencies with the windows, the use of heavy window treatments that prevent air circulation on window surfaces, and excess moisture in building interiors. Sometimes, when too much condensation is present, water may even drip down the wall into the wall cavity or onto the floor to cause water damage, growth of mold and mildew, staining, and other problems.
Normal human activities (such as respiration, bathing, laundering, cleaning, cooking, pets, houseplants, aquariums, etc.) produce water vapor that must be accounted for in the design of the mechanical (heating, ventilation, and air conditioning or HVAC) systems for the building. In today’s air-tight buildings, window condensation can result from insufficient fresh air. Unless fresh air is introduced into conditioned space, humidity can accumulate until, in cold weather, the temperature of the interior window surfaces becomes so low that the air at the surfaces become saturated, causing water, or even ice, to form.
Why does fresh air help to reduce humidity? In a cold weather scenario, the outside air is dry and by introducing sufficient fresh air (increased ventilation) into the building, the humidity is diluted and reduced. However, too much fresh air may not always be a good thing during the heating season. In addition to high energy cost, too much fresh air may also render the space too dry for a comfortable environment.
Sometimes the issue may not be as simple as it looks. Improperly designed or installed HVAC systems can fail to remove the moisture and cause elevated indoor humidity. Undersized systems could produce inadequate air movement to remove water vapor. Oversized systems could prematurely satisfy heating and cooling demands, resulting in short-cycling, and reduced air movement. It is important to conduct a thorough investigation to identify the real cause of condensation issues in order to develop a successful and cost-effective solution.
ETC has first-hand experience with these problems and the methods to successfully correct them. Our mechanical engineering staff has the ability to identify and correct ventilation issues involving condensation or other concerns

If you have windows that look like this and are planning to replace them, check the caulk and glazing compound for asbestos.  We have found hazardous materials in these instances and adding abatement of the asbestos can complicate a relatively simple window replacement project.

We recently ran into an unusual item at a property – two hour, fire rated windows.  The assemblies looked like “regular” windows but after some digging through the building drawings, it was determined that the windows were fire rated.  The building code requires that exterior building walls within ten feet of a property line must be constructed using recognized fire rated assemblies.  This includes the glazing.

Fire rated windows have special steel frames (fiberglass, vinyl and aluminum cannot stand up to the heat) and multiple layers of glass (up to about 1-1/4” thick) that allows them to provide protection against radiant heat, smoke, and fire.  They have been tested to confirm their ability to resist fire and even the force of a fire hose stream in accordance with ASTM and NFPA standards.

Fire rated windows may look like a normal window, but these windows with super powers cost significantly (about 15 to 20 times) more than a standard window

In the aftermath of Superstorm Sandy, a lot of people found themselves without power and with a lot of branches and leaves to collect, but how did your windows hold up? Some people out there will tell you that if your windows withstood the winds created by the Frankenstorm, then they can handle anything, but did the storm really test the integrity of your windows?

In order to answer that question, we need to understand how windows are rated. Engineers that specify windows focus on the design pressure (DP) of a window, as it represents the maximum wind load that a window can undergo without sustaining structural damage (i.e. breaking, deforming, etc.).

It is important to keep in mind that the design pressure an engineer specifies for your windows is dependent on many factors. Building type (i.e. hospital, office building, school, etc.) and geographic circumstances (coastal region vs. inland) play a major role. Additionally, engineers will require greater DP values for your windows the higher they are above the ground, as well as if they are near building corners where increased pressures from swirling winds come into play.

With that being said, many mid-rise buildings in the Baltimore-Washington area feature windows that can withstand a wind pressure of 20 psf (DP-25). Converting wind pressure into wind speed, a newer DP-25 window is rated for up to 96 mph winds, depending on the previously mentioned factors. This means these buildings are designed to handle (structurally) wind speeds expected with a Level 1 Hurricane (74-95 mph).

In the metropolitan area, the maximum recorded wind speed (gust) produced by Superstorm Sandy was approximately 60 mph. This means that the event did not produce high enough wind speeds to jeopardize the structural integrity of your windows (DP-25 or better), but the potential for leaks was expected. This really only holds true for new windows; it is not uncommon for older windows to leak at much lower wind speeds due to lower DP ratings and worn out components, such as weather stripping.

If you don’t know what the DP rating of your windows are, look for a design pressure test label such as those issued by the Window and Door Manufacturer’s Association (WDMA) or the American Architectural Manufacturer’s Association (AAMA) on the frame. Since there are many factors at play in window evaluation and selection, a design professional should be consulted to make a proper determination of your window leaks.

Cantilever balconies are commonly seen protruding from the façade of condominiums and apartments.   However, this arrangement can lead to problems arising from heat transfer and condensation, resulting in mold growth.

Typically, steel framed cantilever balconies have beams that extend into the building and connect to the structure.   Concrete balconies are usually cast integrally with the rest of the floor.  During winter months, the exposed balcony structure becomes cold and when it meets the warm building interior, typically near a sliding glass door, thermal transfer increases, as does the possibility for condensation and mold growth. Building owners should be aware of this possibility and watch for condensation forming in the area under the carpet or wood flooring, near the balcony.

Fortunately, for new buildings with cantilever balconies, products are now being produced to prevent condensation and mold by inserting a thermal break (insulation) between the exterior and interior portions of these structures.   These new balcony structural inserts can carry significant weight, while preventing interior heat transfer.  The most common materials used for these products are stainless steel and fiberglass reinforced laminate composites.  Although these are new products, they appear promising.

This is an interesting report from North Carolina about vinyl siding being melted by the reflection from energy-efficient windows.   http://www.wcnc.com/home/Double-pane-windows-can-magnify-sunlight-and-melt-more-than-vinyl-siding-138679724.html

Important (Behind the Scene) Components

While there is no one “most” important component of any given building envelope system, flashings are certainly critical parts. Whether it be roofing (flat or sloped), exterior cladding (brick, siding, EIFS, etc.) or windows and doors, flashings play a key role in the success of these systems.

Flashings can consist of metal, sheet materials, or even liquid-applied membranes and are typically located at key areas (window/door perimeters, wall transitions, penetrations through roofs or walls, etc.) that would otherwise be prone to leakage. Their primary functions are to keep water away from vulnerable components and/or redirect it away from interior spaces.

The cost of installing proper flashings is a relatively low percentage of an overall system. On the other hand, the effects and costs associated with missing or improper flashings can be extreme.

We regularly encounter  the consequences when flashings are not included or are improperly installed. In addition to obvious problems (interior water penetration) rot or corrosion of framing and other concealed building elements can develop and progress unnoticed. Such

damage can be extensive and even disturbing.

The accompanying photographs show what can happen when an EIFS assembly lacks flashings to collect and divert water away from internal elements. Repeated and prolonged  wetting of the underlying wood components produced the severe damage you see and it went undetected until we opened the system up for inspection.