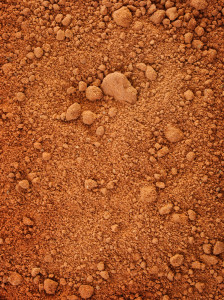 Clays are among the most useful and versatile materials on earth. Next to wood, it’s been the most common  building material across the history of mankind. There are few households on earth that aren’t filled with products made of clay, from coffee mug to toilet bowl. It’s used in medicines and cosmetics. Industrial uses of clay include waterproofing and hazardous material containment. The slick texture of glossy paper is courtesy of a clay slurry. There’s no lead in a pencil lead, but there is clay (and graphite).

Many of the attributes that make clay so useful in those contexts also make it highly undesirable in others. Clays are hydrophilic and plastic, meaning they readily absorb water and in doing so, are easily deformed. Plasticity is necessary to form bricks and mold dinnerware, but it’s not what you want when you have to support a house or a roadbed. Clays are also expansive in the presence of water, some (such as marine clay) to an extreme degree. The expansion can be sufficient in some cases to displace overlying structures.

Because they tend to absorb rather than pass water, clays do not drain well. In construction, it’s generally advantageous to move water away from most elements. If water is held near enough to the surface to freeze, ice formation can exert enough pressure to dislodge or break overlying materials (like asphalt and concrete).

There are a number of ways to deal with clay in construction. The most effective way is to remove it entirely, but that’s not usually necessary and often impractical. In some instances (such as asphalt or concrete placement), it’s often sufficient to remove clay to a depth of several inches and replace it with a material that can be compacted and drains readily (such as gravel, stone dust, etc.).  For deeper deposits that might affect foundations, underpinning by helical piers, grout injection or other methods can be successfully employed to stabilize the structure.

Clays, particularly in the Washington-Baltimore region, are inescapable. Their composition and attendant problems can vary substantially from one square yard to the next and the methods for dealing with them are equally varied. If you’ve noticed unusual movement, inexplicable cracking, displacement or similar conditions, clay might be at the root of it. In most such cases, the prudent approach is to have the condition evaluated by a qualified professional