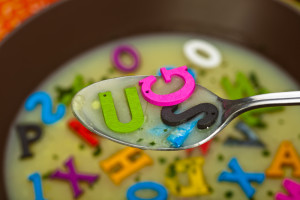 If you’ve ever read an engineering report you’ve probably encountered a lot of acronyms. Here are some we frequently mention, with short explanations of what they mean. For the sake of brevity, we’ve only described items as they relate to building construction.

APA – The Engineered Wood Association, formerly known as the American Plywood Association. They define standards for the production of  plywood and other engineered wood products used in construction.

ARMA – Asphalt Roofing Manufacturers Association is a trade organization that defines the standards for the manufacture of and uses for asphalt roofing products.

ASTM – Now known as ASTM International, ASTM formerly stood for American Society for testing and materials. They define consensus standards for testing the majority of products manufactured in the United States and other participant countries.

BOCA – Building Officials and Code Administrators developed model building codes used primarily on the east coast and in the mid-west of the United States. Similar organizations developed codes for other regions of the country until the major organizations merged to form the International Code Council (ICC).

IBC – International Building Code is the model code published by the ICC.

EIFS – Exterior insulating and finish system is a synthetic stucco typically comprised of a layer expanded polystyrene insulation attached to a building wall and surfaced with a cementitious coating.

EPDM – Ethylene propylene diene monomer is a synthetic rubber used in the manufacture of  roofing and waterproofing membranes.

ICRI – International Concrete Repair Institute is a trade organization that defines standards for the repair of concrete.

NRCA – National Roofing Contractors National Association is a trade organization comprised primarily of roofing contractors and design professionals, in an associate capacity. They define the standards for roof design and installation.

PVC – Polyvinyl chloride is a thermoplastic used in the manufacture of numerous items used in construction, including water conductors, floor coverings,  and roofing and waterproofing membranes.