Attack Of The Red Slime 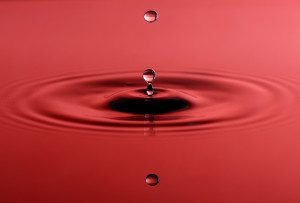 There are forms of bacteria (Thiobacillus and Leptospirillum ferrooxidans)that feed on dissolved iron in groundwater. They’re not believed to be harmful to humans and are often found in well water. In sufficient concentrations, iron bacteria can impart unpleasant tastes and aromas in drinking water. They can stain sinks, bathtubs, and toilets, as well as clothes laundered in infested water.

Iron bacteria metabolizes iron into ferric oxide in the form of a gelatinous slime. That can be problematic for things like sump pumps, if the sludge is allowed to accumulate enough to clog lines or foul pumps. Premature pump failure in contaminated sumps is not uncommon. Unfortunately, iron bacteria are extremely difficult to eliminate and systems affected by them need extra maintenance/cleaning.

Depending upon the degree of contamination, sump-pump systems can require cleaning three to four times per year, or more. While elimination may not be possible, the bacteria can be somewhat controlled by the use of chemical disinfectants (such as chlorine), or exposure to high-intensity ultraviolet light. Contaminated water can also be treated with ozone, which converts the soluble iron to an insoluble form that can be filtered out, thereby reducing the nutrients needed for bacteria to thrive.

It should be noted that chemical treatments can adversely affect pumps and other devices and could create hazardous conditions. Such measures should only be undertaken by qualified service providers.

One way to minimize pump replacement in infested installations is to install those rated for the movement of soft solids. Automatic water treatment systems require considerable space and aren’t practical for every installation. In those instances, upgraded pumps are especially indicated