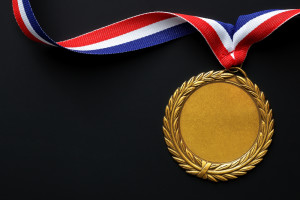 Since the first discussion of the 2012 Olympic Games in London, engineers were active participants in the preparations for these games to start, but their accomplishments were merely  the backdrop for the athletes.  Structural and other engineers worked non-stop to provide the Olympians with venues to perform their 26 sports, seating for hundreds of thousands of spectators to watch the events, space for about 20,000 journalists, broadcasters, and photographers in need areas to recount the action for us, and transportation infrastructure to get them all where they needed to go.  Tens of thousands of new members of the construction and structural engineering field were hired to complete this task. The Olympics had a budget of 9.3 billion Euros (11.4 billion US Dollars) to plan and support the games.

Curious as to what buildings had to be built? The most prominent structures are the Olympic Stadium, Olympic Village, Aquatics Center, Velodrome, Media Transportation Mall, and two Media Centers. The Olympic stadium is a sunken concrete bowl with a 170-foot high roof housing 25,000 seats in the lower tier and 55,000 seats in removable upper tier.  The MPC, one of the media centers, is a 300,000 square foot green office and the other media center, IBC, is a 550,000 square foot studio/office. After the Olympic Games, the London Development Agency plans for both of these offices to be available for creative industries and higher educational use in hopes of creating new, permanent, jobs.