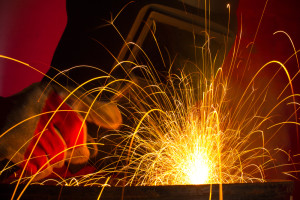 The basic practice of forge welding goes back thousands of years. Scholars have come to a general consensus that welding has been practiced for more than 5,500 years (since around 3,500 BCE). But it wasn’t until the 1800’s that advancements in welding technology really started taking off and resembling the processes that we use today.

In 1810, a significant change occurred when Sir Humphrey Davy demonstrated his discovery of a carbon arc by using an early version of a battery. We now know this by the term “electric lights”. This spawned many discoveries in the next 90 years. In 1836, the discovery of acetylene was made. This was needed for the production of oxyacetylene, a gas known for its high temperature flame, which is still used today to cut metals. From the years 1885 to 1910, four major patents were issued for new welding practices, including what is now known as shielded metal arc welding (SMAW) in 1910. SMAW was later automated, which led to submerged arc welding (SAW).

Nowadays, so much we see and use on a daily basis is automated, and welding is no exception. Digital circuitry has made it possible to build welding and cutting systems with computer programming and control. This has vastly improved quality control and reduced costs. The most recent major advancement in the field is the ability to take advantage of lasers and electron beams for cutting and welding.