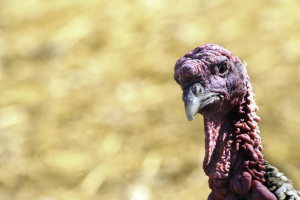 Wishing all of my readers a very blessed Thanksgiving Day.

The average weight of a turkey purchased at Thanksgiving is 15 pounds.

The heaviest turkey ever raised was 86 pounds, about the size of a large dog.

A 15 pound turkey usually has about 70 percent white meat and 30 percent dark meat.

The five most popular ways to serve leftover turkey is as a sandwich, in stew, chili or soup, casseroles and as a burger.

Turkey has more protein than chicken or beef.

Turkeys will have 3,500 feathers at maturity.