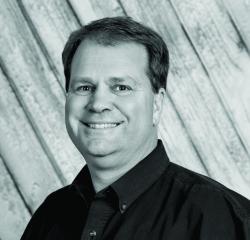 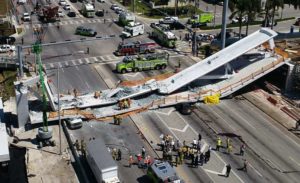 It is too early to tell what might have failed and caused this bridge to collapse and it will probably be many months before the investigation is complete. The bridge was designed to consist of post-tensioned concrete segments supported by steel cables. It was to have been built in two sections and only the first section was in place when the collapse occurred. The first section of the bridge had only been in place for five days before it fell, so it is not likely a case of being grossly under-designed or inadequate concrete strength. One report indicated that the post-tension tendons had loosened and were being retightened when it fell.

Institutional and government projects like this have many levels of design review and material testing involved to help ensure public safety and that the 100-year design life is achieved. This bridge was far from complete as there was a central support pier (pylon) for the steel cables that still needed to be installed. This pier and the cables would have provided additional support to the failed section of the bridge. Partially constructed structures can be very dangerous.

This catastrophic failure reminds us of the inherent hazards of all construction work, not just those involved with demolishing and rehabilitating portions of existing structures. Our prayers go out to all those involved in this tragedy.