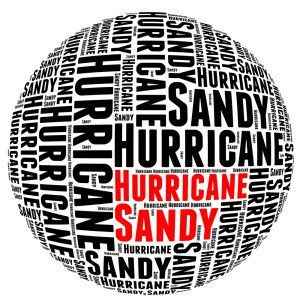 In the aftermath of Superstorm Sandy, a lot of people found themselves without power and with a lot of branches and leaves to collect, but how did your windows hold up? Some people out there will tell you that if your windows withstood the winds created by the Frankenstorm, then they can handle anything, but did the storm really test the integrity of your windows?

In order to answer that question, we need to understand how windows are rated. Engineers that specify windows focus on the design pressure (DP) of a window, as it represents the maximum wind load that a window can undergo without sustaining structural damage (i.e. breaking, deforming, etc.).

It is important to keep in mind that the design pressure an engineer specifies for your windows is dependent on many factors. Building type (i.e. hospital, office building, school, etc.) and geographic circumstances (coastal region vs. inland) play a major role. Additionally, engineers will require greater DP values for your windows the higher they are above the ground, as well as if they are near building corners where increased pressures from swirling winds come into play.

With that being said, many mid-rise buildings in the Baltimore-Washington area feature windows that can withstand a wind pressure of 20 psf (DP-25). Converting wind pressure into wind speed, a newer DP-25 window is rated for up to 96 mph winds, depending on the previously mentioned factors. This means these buildings are designed to handle (structurally) wind speeds expected with a Level 1 Hurricane (74-95 mph).

In the metropolitan area, the maximum recorded wind speed (gust) produced by Superstorm Sandy was approximately 60 mph. This means that the event did not produce high enough wind speeds to jeopardize the structural integrity of your windows (DP-25 or better), but the potential for leaks was expected. This really only holds true for new windows; it is not uncommon for older windows to leak at much lower wind speeds due to lower DP ratings and worn out components, such as weather stripping.

If you don’t know what the DP rating of your windows are, look for a design pressure test label such as those issued by the Window and Door Manufacturer’s Association (WDMA) or the American Architectural Manufacturer’s Association (AAMA) on the frame. Since there are many factors at play in window evaluation and selection, a design professional should be consulted to make a proper determination of your window leaks.