All technical issues are organized into this category.

WUFI: Hygrothermal Analysis Software (No, It’s not a Dog) 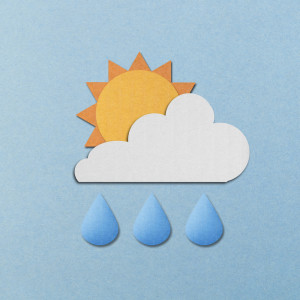 Computer-aided Hygrothermal analysis and modeling allow us to understand movement of heat and moisture through building components. While such analysis is critical when developing a new building, it is also an effective tool in the repair industry when new roofing systems, re-cladding/coating building facades, or even introducing interior finish treatments are considered for an existing structure.

When changing the building’s cladding system components or interior conditioning system, it is always important to understand how heat and moisture will move through the building envelope to ensure the new system can achieve long term durability and satisfactory performance. Concerns such as condensation, material degradation (rot, spalling concrete/brick), or even mold growth may result if the building envelope is not properly designed with overall system drying potential and wetting risk being considered.

Unfortunately, modeling and analyzing heat flows and moisture drive is a very complex task. Lucky for us, we have the software that can help: a relatively new software family called WUFI (Wärme und Feuchte instationär, or Transient Heat and Moisture), developed by the Fraunhofer Institute for Building Physics (Germany) and Oak Ridge National Laboratory (US). This software calculates heat and moisture transfer through a selected portion of the building envelope (wall or roof section), in accordance with algorithms set forth in ASHRAE 160 “Criteria for Moisture-Control Design Analysis in Building.” The program can adequately model a component of an existing structure by taking into account the material properties, orientation of the analyzed section, and historical climate data for the structure’s location.

From this modeling, we are able to analyze:

Please contact us if you believe your structure is experiencing issues related to heat and/or moisture. Our trained staff can use the WUFI Pro 5.2 software to assess your areas of concern and offer solutions to moisture drive problems

The Importance of Welder Certification

We have come across some really poor quality welds recently, which were performed by companies claiming to use qualified welders.  We do not know if the welders just 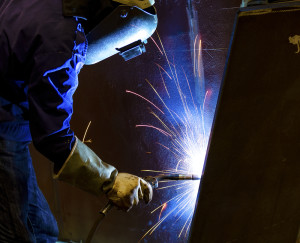 had a bad day or they were not certified for the welds being performed.  This highlights the need to use American Welding Society (AWS) Certified Welders with currently active credentials.  To become certified, the welder must pass a welding test for all of the welds he intends to perform.  Just because a welder passes a test to weld plates together does not mean he can weld pipes.  So you need to look at their certifications closely.  Additionally, AWS requires that every six months the “welder” submit proof that they are still actively engaged in welding.  AWS issues a certification card and your weld should be able to provide an AWS form that shows all the welds that he is qualified to make.  For more information visit the AWS website http://www.aws.org/certification/CW/

Joint sealants (caulks) are often used as a quick fix to address a problem leak, but proper attention to material selection and the joint onto which it is applied can make the difference between a long-term repair and a recurring leak.  See our BLOG entry on proper sealant joint preparation, design, and application http://blog.etc-web.com/?p=854. 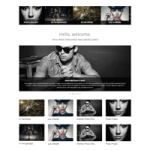 The most widely used commercial-grade building sealants are made of either silicone or urethane. Other materials regularly enter the marketplace, many of which are specialty products for unusual/unconventional uses. Acrylic terpolymers comprise another family of sealants (and will be a topic for a future blog entry), but silicones and urethanes are mainstays in the construction trades.

Silicones tend to be longer lasting, are resistant to ultraviolet (UV) degradation, and most commonly used on non-porous substrates like metals, window-glazing and certain masonry projects. Paint will not adhere to silicone.  Urethanes are normally less expensive and are paintable .  They are often used on porous or natural materials like wood, masonry, concrete, and stone repair projects.

Sealants come in a wide range of colors, single and multi-component formulations, and non-sag or self-leveling viscosities. They’re also classified by elongation characteristics. For example, a rating of 50% means that the sealant in a half-inch-wide joint can stretch or compress up to one-quarter of an inch without tearing. There is no single sealant that’s suitable for every application and product selection is key to performance.

Surface preparation is essential to achieving a long lasting bond.  Many sealant manufacturers require application of a designated primer to the substrate. Pull tests should be performed on a section of cured sealant to ensure adequate adhesion. In a standard pull test, the sealant should tear before it debonds from the substrate.

Silicone and urethane sealants do not stick to each other and should never be used where such a bond would be necessary to performance.  When replacing sealants in a joint, the old materials must be completely removed.

Lastly, always tool the sealant into the joint.  This not only imparts a finished appearance, it helps achieve a better bond to the substrate

Getting Started in Infrared

In order to detect concealed construction defects, intrusive (destructive) investigation is the most reliable methodology.  However, that type of investigation is not always easily achievable due to difficult access, budgetary constraints, and inconvenience to building occupants. Fortunately, technology has come a long way and now we can detect a variety of construction defects with the help of thermal (infrared) imaging.

Infrared cameras work by sensing the radiant energy (heat) emitted or conducted by the objects in its field of view.  The radiant energy is converted into visual images (thermograms) by the camera’s built-in software.  Variations in temperature create detailed maps of the study subjects. Thermal diagnostics (for buildings) is based on the principle that materials will conduct heat at varying rates when certain factors are present. For example, materials that are normally poor heat conductors (such as wood or drywall) will readily conduct heat if wet. Missing or compressed insulation and air leaks are also detectable.

In order to perform a successful infrared study of a building, it is highly recommended to have a stable temperature difference of at least ten degrees (10°) between indoor and outdoor temperatures.  The imbalance is necessary to facilitate heat gain or loss through the subject materials and reveal their conductivity.  If there’s no heat movement, there are no thermal differences to detect.

A common scenario would be to scan a building wall from the outside, during cold, cloudy weather, before sunup or after sunset. Heat lost through the building elements would register as colors and they vary with the degree of loss. Wet or missing insulation might be rendered at the yellow or orange end of the spectrum, whereas dry insulation would be nearer to blue or purple.

Infrared imaging can also be used to detect destructive insect activity (termites, carpenter ants, etc.). Severe damage can be readily observed during a conventional scan, but more advanced equipment may be needed to catch early stages of infestation.

The next time you plan an investigation of your building, consider having an infrared study done.  ETC has personnel fully trained and certified to perform infrared studies, and we will be more than happy to walk you through the steps

Curing Concrete in the HEAT! 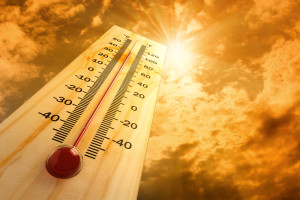 Some people may say that concrete is a paradoxical material: it is strong and yet fragile; it is mundane and yet remarkably versatile. But more often than not, this material is taken for granted as the surface of everyday elements such as streets and sidewalks.

As discussed in our September 26th, 2011 post “Curing Concrete in the Cold,” temperature plays a crucial role in the outcome of newly placed concrete. Curing concrete in temperatures above 80° Fahrenheit can be as challenging as doing so in temperatures below 35° Fahrenheit (see “Curing Concrete in the Cold ”)
Concrete cured at high temperatures will have a high rate of evaporation, causing uncontrolled thermal cracking, which in turn compromises the concrete strength and durability. Laboratory testing has proven that concrete improperly cured under high temperature conditions can lose as much as fifty percent (50%) of its service life. Concrete naturally produces heat as it is mixed and cured. So placing a material that has internal heat on a hot day is quite challenging.

The first step in ensuring adequate concrete curing and reducing the temperature of concrete are taken at the batch plant by adding ice as part of the batch water, using chilled batch water, or cooling the concrete with liquid nitrogen.

Then, it is up to the Contractor to ensure additional adequate conditions. The concrete placement should be scheduled as early in the day as possible to avoid the hottest part of the day. Advanced planning and timing should also be performed to avoid delays in delivery, placement, and finishing. If long haul times cannot be avoided, it is possible to include a retarder as part of the mix design to prevent fast setting. However, the amount of retarder is limited by the work intended, as elevated amounts of retarder will crust the top surface of a slab while the underlying concrete remains soft.

Prior to the placement, the forms, subgrade, and reinforcement need to be soaked to ensure that unsaturated materials do not absorb the moisture from the concrete mixture. Once the concrete is at the job site, water may be added to the mixture to adjust the slump only at the time of the truck arrival, and only if the mix design allows it. In the event that water is added, it shall not exceed the volume listed on the batch ticket provided with each truck load. Once the concrete is in the process of being placed, water must not be added to the mixture. Doing so will greatly compromise the concrete. To make things even more interesting, concrete must be placed within 90 minutes from the time it was mixed in the truck.

After the top surface of the concrete has been given a finish, moisture should be prevented from evaporating by covering the elements with soaked burlap or cotton rugs. It must be ensured that the coverings remain continuously wet so that they do not absorb water from the concrete during the first seven days after placement.
Who would have thought that such a dull material would require such a meticulous procedure to ensure it reaches its true potential?